Sprouting Southern hip-hop savant, Tooley celebrates the release of his new mixtape, In Due Time, following up his debut project, Product Of Da Souf released earlier this year via 300 Entertainment. The buzzing Alabama rapper’s latest project serves as a formal introduction to the rap scene and listeners worldwide. Throughout In Due Time, Tooley wields his unique and intoxicatingly smooth vibrato that teeters with a quintessential southern drawl. Intertwined with mirages of bass and drum beats and refined with hints of whimsical notes of strings and pianos, Tooley wears his heart on his sleeve throughout the tape, leaving nothing unsaid. When asked about the inspiration behind project Tooley stated, “In Due Time is really just a statement itself. You know where I come from, people don’t get too many of these chances, so in due time they’ll know about me and what I got going on.”

The emotive standout track, “Hard Knocks” unveils Tooley’s experience growing up in the projects of Huntsville, Alabama witnessing violence, substance abuse, and others’ ebbed attempts to leave the hood. As Tooley piercingly professes his own hard knocks, the track’s poignant reverberating beat is undeniable, beckoning listeners and fans alike to relentlessly nod their head in rhythmic unison.

Throughout the year, Tooley ignited excitement as well as set a precedent for what current and new fans should expect from him, trailing the release of his debut mixtape Product Of Da Souf. In 2020, the burgeoning Alabama hip-hop artist released a string of singles and videos for “Notice Me”, “Leo”, “1700”, and “Right Here”, which garnered him an extensive following and support in his hometown. It would be “Foreva Shiesty” (7.3M views) featuring Memphis’ infamous bar spitter, Pooh Shiesty that would cement him as one to watch in the rap game. Be on the look out for more, as the young bar maker is ready to begin his new chapter in music!

ABOUT TOOLEY:
Burgeoning Alabama emcee, “Tooley”, formally known as Darion Turner, is the latest addition to the emerging generation of Southern hip-hop stars dominating the forefront of rap music. During Turner’s early adolescence he was bestowed the moniker “Tooley Turner ” for always having a form of protection near him. With time, the 23-year-old Huntsville native then dropped the “Fairly Odd Parents” alliteration and shortened his pseudonym to “Tooley” a name which would transition with him into his music career. Fiercely loyal to his city and proud to represent himself as a pioneer for his hometown’s buzzing rap scene, Tooley continues to nobly live up to his proclamation that he is truly a product of the South. With an intoxicatingly smooth vibrato that teeters with a quintessential southern drawl, Tooley’s cadence uniquely positions him in a lane all his own. His song “Foreva Shiesty” feat. Pooh Shiesty cemented him as a “one to watch”. The rapid fire of success “Foreva Shiesty”, followed by offers from notable labels solidified Tooley’s commitment to rap. Soon thereafter, the trailblazing Huntsville emcee signed with 300 Entertainment and rolled out his first project entitled, Product Of Da Souf. Tooley’s forthcoming project In Due Time now serves as his formal introduction to the rap scene and fans. Tooley is determined to transport listeners into the Huntsville native’s world by sonically relaying his emotional hardships and vibrant triumphs as well as set a precedent and excitement for current and new fans for what is yet to come through his music. 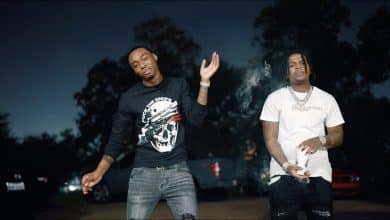