Family Tree is the first single off of Oakland artist sOuL from the O’s Queens and Pharaohs album, but it’s actually the result of the the improbable happening: an underground artist (sOuL from the O) collaborating with an established artist (Hezekiah) all from making contact on social media!
sOuL from the O had been following producer/mcee Hezekiah on Instagram, and the two were able to connect and record (though geographically separated – Oakland and Philly respectively) When Hezekiah shared the hard piano laced breakbeat, sOuL from the O knew he wanted to make the song as a dedication to the importance of family, and a mysterious letter he receives about ancestors watching over and protecting him, “7 generations ahead and 7 behind but always close by”. The two artists would align on the song’s family concept and also build a bond that would carry over to the song’s video, and future collaborations.

Family Tree is a reminder of the magic that happens when the improbable and impossible occurs, and there’s a microphone around! Check it out!

About sOuL from the O:
Nobody gave sOuL from the O permission to make his brand of Hip-Hop, and he likes it this way. Sometimes eclectic, sometimes fierce, pounding on the doors of the establishment, he has been on a collision course for expanding the boundaries of Hip-Hop music for some time now. Releasing his first album in the early 2000’s, followed by a string of singles, vinyl pressings, EPs and live performances (opening up for the likes of Yasiin Bey being a highlight!) Sometimes performing with his co-collaborator Woodstock on the MPC sampler & other times incorporating live instruments, sOuL from the O is currently on a mission to connect with Hip-Hop heads world wide! 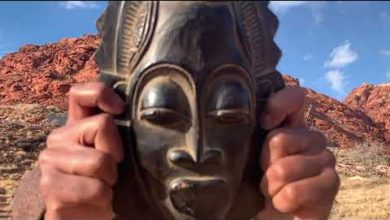 sOuL from the O – Family Tree