Washington-born artist, producer and multi-instrumentalist Reo Cragun teams up with Kid Ink for a music video to their song “Light Show,” from Cragun’s Diary of A Loner album available now at all DSPs and streaming services. Co-produced by Reo Cragun and Clear Eyes [Jeremy Lloyd of Marian Hill], the two artists team up over an energetic space-age blend of hip-hop and electro-pop. This marks their second music collaboration following Kid Ink’s 2019 song “Ride Like A Pro” that has racked up over 8 million streams on Spotify.

“I made the majority of the beat for ‘Light Show’ in about 30 minutes,” explains Cragun. ”Sometimes songs come together faster than others and this happened to be one of those cases. The writing came along just as fast. I’m talking about money and being squadded up so it was easy to have fun with it. From there I sent it to Ink and he went crazy 🤘🏽”

Diary of A Loner shares an intimate look at Cragun’s road as an independent musician experiencing life’s ups and downs, trials and tribulations, and losses and victories without filter or fear. The 12-track project includes collaborations with Kid Ink, Whethan, Jonah Lenox, Clear Eyes and Marian Hill. Lead single “My Life” confronts moments of mistrust over a clean guitar loop while the title track “Diary of A Loner” finds Cragun losing control as he shares his confessions with energetic verses over layers of warped strings with shaky 808s. On the other end of the spectrum, “crazy4u” delivers sultry and soulful feels with a collaboration from Marian Hill and on “Mile High,” Marian Hill vocalist Samantha Gongol provides spacey vocals that echo between delicate priano and mesmerizing production.

“‘Diary of A Loner’ resembles a collection of really personal notes,” Cragun reveals. “I tell my story about a lot of the events in my life. These are my journal entries. I’m such an introvert by nature. I always feel as if I’m on the journey by myself. For the first time, I really talk about what happened growing up and what’s going on now.”

Diary Of A Loner encodes an important message for Reo Cragun. “When you listen to the record, I want you to know it’s 1000% okay to accept yourself for who you are as a whole—all of the good things and demons you battle. I’m letting myself know it’s acceptable to keep moving forward. That’s why I wrote this. So, love yourself. Things are going to work out if you keep pushing through and waking up with a smile. Music gets me through the day and excited for the future. It’s my driving life force. I never do this shit for money or clout. It helps me survive.”

Cragun initially invited audiences into his world on the 2017 mixtape Growing Pains highlighted by fan favorites such as “Inconsiderate,” “On My Way,” and “Trap Music.” Billie Eilish notably invited him to open her “Where’s My Mind” Tour, while Flume recruited him for a series of impactful genre-busting collaborations. 2019 single “Friends” with Flume tallied north of 45 million Spotify streams, and they joined forces again on the Quits EP. Reo also lent his voice to Flume’s Hi This Is Flume, which garnered a GRAMMY® Award nomination in the category of “Best Dance/Electronic Album.” Cragun has received widespread acclaim from Paper, UPROXX, Hypebeast, Consequence of Sound, Pigeons & Planes, Earmilk, Complex, Office, OnesToWatch, and more.

Diary Of A Loner tracklist: 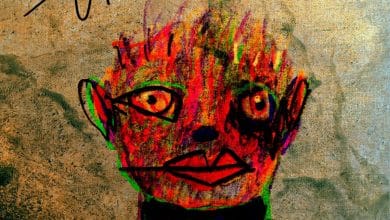 Reo Cragun – Diary Of A Loner