Three-time GRAMMY winner Megan Thee Stallion released her new album, Something For Thee Hotties, which features a selection of her infamous freestyles, as well as some never before heard tracks from Thee Hot Girl archive.

Calling it “a gift to [her] hotties” that will “hold y’all over for the rest of the year,” Something For Thee Hotties is Megan’s first album release of 2021, following last year’s groundbreaking Gold-certified, Good News.

Megan Thee Stallion is known worldwide for her untouchable freestyles over the hardest-hitting beats, often released on #MeganMondays, a social media tradition started by Thee Hot Girl. Week on week, Megan would drop her effortlessly energetic freestyles outside of her official releases, as an homage to the original and most respected medium of rap. Alongside these flawless freestyles, Something For Thee Hotties features a number of unreleased tracks from Thee Stallion, as well as Hot Girl summer anthem ‘Thot Shit’, famed for its undeniably captivating hook and viral, unapologetic video that sent social media into a frenzy.

In another unstoppable year for Thee Houston Hottie, the release of Something For Thee Hotties follows Megan’s recent global collaboration with DJ Snake, Ozuna and Lisa of BLACKPINK on ‘SG’, as well as her viral remix of BTS’ hit ‘Butter’. Additionally, the Houston native kicked off Game 2 of the World Series between the Houston Astros and the Atlanta Braves with a dynamic hype video that set the tone for FOX Sports’ international telecast of the game.

Earlier this month, Megan unveiled her partnership with Popeyes, with the creation of her very own limited edition ‘Hottie’ Sauce. To celebrate the release, Megan sat down for her first-ever ‘Hot Ones’ where she discusses her love of horror films, her iconic cyphers, collaborating with BTS, and more. 2021 has also seen Megan star in campaigns for the likes of Coach and NIKE, attend her first Met Gala, appear on the covers of magazines including ESSENCE and Sports Illustrated (making her the first-ever female rapper to do so), release her own sought-after swimsuit collection with Fashion Nova, and much, much more.

Hailing from Houston, Megan Thee Stallion is a three-time GRAMMY winner, philanthropist and ever-evolving cultural icon. From the release of her critically acclaimed and Gold-certified debut album, Good News, to earning two global record-breaking Billboard Hot 100 #1 hits with the “Savage Remix” featuring Beyoncé, and “WAP” with Cardi B, Megan has proven unstoppable. Megan has been recognized for her musical achievements with three GRAMMY wins, including Best New Artist and nine BET Awards.

Megan was also honored as one of TIME’s 100 Most Influential People of 2020. In October 2020, following a powerful and politically charged performance on Saturday Night Live that demanded justice for Breonna Taylor, Megan published her monumental “Why I Speak Up For Black Women” op-ed and accompanying visual with The New York Times.​​​​​​​ 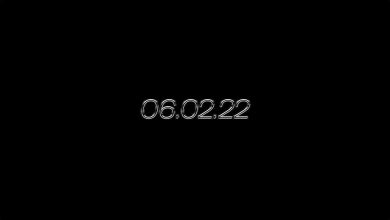