The Providence, Rhode Island native and Atlanta-based triple threat, Lily Rayne, is no stranger to music. After relocating and gaining some transformative life experiences Lily Rayne is back on the scene with a compelling new single, “1 of 1.”

“1 of 1” is Lily Rayne’s trap-infused, R&B track and her reintroduction to the world. Ushering in the new generation of R&B and Hip Hop, “1 of 1” is a strong representation of Lily Rayne’s evolution and staying power. When asked about her new single, Rayne, emphasizes the song’s addicitive hook – “Everybody thinks I’m crazy but I think you’re all the same!”

Stay tuned for more to come from Lily Rayne!

ABOUT LILY RAYNE:
Lily Rayne is a triple-threat hailing from the creative capital Providence, Rhode Island and now residing in Atlanta. The singer, rapper, and songwriter fuses alternative hip-hop and R&B to create a fresh, eclectic sound for the masses with the lyricism of a woman wise beyond her years and poised for stardom.

Her first record, “Super Lit”, circulated bringing interest in and out of her city while her subsequent single, “On!” went viral after capturing the attention of singer Justine Skye who shared it on her socials. Ready to tell her story, Rayne dropped her debut EP, Rhode Girl, followed by her EP FEMME in 2017. Rayne is now back with new musical inspirations, more life experience, and a fresh take on her future as she gears up to release her next album at the top of 2022. 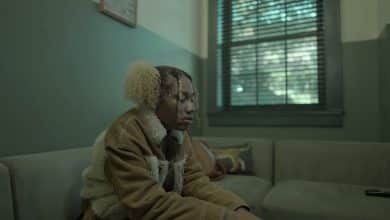