“Cameras” is featured on the re-release of Lil Wayne’s 2011 critically acclaimed mixtape Sorry 4 The Wait, which dropped on digital streaming platforms via Young Money Records/Republic Records earlier this year. In addition to the original twelve tracks, the release boasts four brand news cuts.

The release comes on the heels of another incredibly prolific year from Lil Wayne. The music icon dropped the Tha Carter IV (Complete Edition) on streaming platforms in celebration of the critically acclaimed album’s 10th anniversary, as well as kicked off the Tha Carter IV visual album. Wayne also launched the specialty Tha Carter IV Topps trading cards – making him the first rapper to have his own trading card collection. He teamed up with rap star Rich The Kid on their blockbuster collaborative mixtape, Trust Fund Babies (listen HERE). Wayne closed out the year with “Tha Carter Singles Collection” 7” vinyl box set, which features 19 of Wayne’s biggest “Tha Carter” series hits on 45 for the first time ever

To date, Lil Wayne has gathered five GRAMMY® Awards, sold 120 million records worldwide, notched 25 Top 10 singles, logged five #1 debuts on the Billboard Top 200, and scored 62 gold, platinum, and multi-platinum certifications. The “greatest rapper alive” is back and better than ever.

ABOUT LIL WAYNE:
Lil Wayne rewrote the entire game in his image. The five-time GRAMMY® Award-winning multiplatinum rap icon, Young Money Entertainment founder, acclaimed author, skater, philanthropist, and history-making superstar left an indelible tattoo on the culture. By 2020, he cemented his legacy forever as “one of the best-selling artists of all time,” tallying sales in excess of 100 million records worldwide with 15 million albums and 37 million digital tracks sold in the United States alone. Not to mention, he garnered 11 BET Awards, four Billboard Music Awards, two MTV VMAs, and eight NAACP Image Awards. Among many milestones, he emerged as “the first male artist to surpass Elvis Presley with the most entries on the Billboard Hot 100,” logging a staggering 109 entries. With a discography highlighted by two consecutive #1 debuts on the Billboard Top 200 with 2008’s triple-platinum three-time GRAMMY® Award-winning opus Tha Carter III and its double-platinum 2011 successor Tha Carter IV, he completed the series with Tha Carter V in 2018. Not only did it clinch #1 on the Billboard Top 200, but it also achieved “the second-largest streaming week for an album in history.” Every song on the tracklisting charted on the Billboard Hot 100 as he became “the first artist to debut two songs in the top 5.” It all bulldozed the way for his thirteenth full-length and fifth #1 on the Billboard Top 200, Funeral, a year later. Simultaneously, Wayne owns and operates Young Money Entertainment as C.E.O. The company ignited the careers of two of the most successful artists ever—Drake and Nicki Minaj. The committed philanthropist founded The One Family Foundation too. 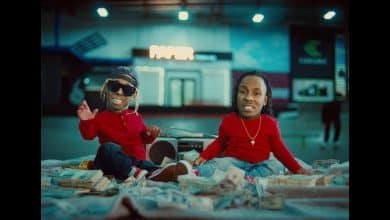