Koache is no stranger to the music scene and his forthcoming new album, Built 4 Music, validates as much; as the album cover art depicts a drone like figure with every limb, organ, muscle and nerve being constructed from musical instruments, notes and paraphernalia.

With a handful of projects under his belt, Koache’s forthcoming Built 4 Music is his first proper studio album since he released Game Point (and its deluxe version Game Point 2.0) back in 2016. Game Point featured appearances and production from The Game, Xzibit, BJ The Chicago Kid, WC, Demrick, Cory Gunz and Nottz among others.

A frequent collaborator with Nottz, the duo reaffirm their chemistry with Built 4 Music’s first-single “Push”; which also features guest appearances from The Game & Demrick.

“Nottz played me this beat and the second I hear it I knew it was fire. Demrick and I had been talking about working on a west coast banger and I thought this track was perfect” Koache commented. “I sent it to Game and he jumped on it as well. “Push” is a banger!”

Koache’s Built 4 Music will be released on 1-25-22 and is almost entirely produced by Nottz and features appearances from The Game, Demrick and RL from the legendary R&B group Next.

You can now purchase, stream, add and favorite “Push” at your preferred DSP: https://empire.ffm.to/_push 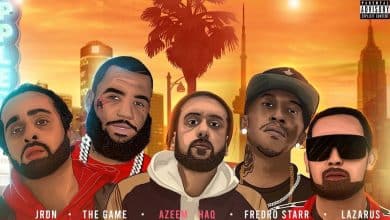