2x GRAMMY® Award-nominated independent rapper Joyner Lucas is wrapping up an intensely productive year with today’s premiere of his latest new single. “My Escape” is available now via Lucas’ own Twenty Nine Music Group label at all DSPs and streaming services. An official music video is available now as well.

“My Escape” arrives one week after the premiere of the Worcester, MA-based rapper’s incendiary new collaboration with chart-topping superstar Lil Durk, “Rambo (Feat. Lil Durk).” The track was met by immediate applause from the likes of REVOLT, which raved, “Joyner Lucas has been treating his fans throughout 2021 with some top tier songs and collaborations…On ‘Rambo,’ Joyner makes sure his bars live up to the track’s title.” “2021 has seen a lot of impressive Joyner Lucas releases,” agreed HotNewHipHop. “‘Rambo’ sees the two hitmakers trade verses about packing fully loaded weapons like Rambo, getting high with girls, and adapting to a life of luxury after having spent years trying to make it in the streets.”

As noted, this year has seen a seemingly non-stop series of critically acclaimed, multi-million-streaming hits from Lucas, including recently released collaborations with J. Cole (“Your Heart”), Ty Dolla $ign (“Late To The Party”), Lil Tijay (“Dreams Unfold”), and Lil Baby (“Ramen & OJ”), not to mention his own “Duck Duck Goose,” all now available for streaming and download. Official music videos are streaming now via YouTube. What’s more, Lucas contributed his own “Shoot My Shot” to the smash SPACE JAM: A NEW LEGACY (ORIGINAL MOTION PICTURE SOUNDTRACK), produced by Juicebox Slim and streaming HERE.

Like its predecessors, “My Escape” is a fully independent production, created with the groundbreaking artists platform, Tully, with distribution by Twenty Nine Music Group. Co-founded by Lucas and manager/technology entrepreneur Dhruv Joshi, the Tully Platform empowers Artists and Artist Management teams to control their workflows while managing work product and studio assets in one place. By reducing his overheads, Lucas is able to put all his focus and the power of his team behind the track’s creation and hopes to inspire other independent artists to do it their own way going forward. Tully is available now via Apple’s App Store and Google Play; for more information, please visit tullyapp.com. 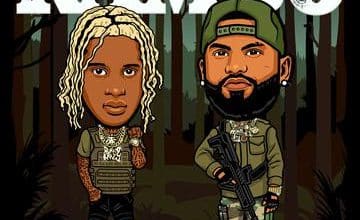