Fellon Phelps aka Jonel Farmer is an respected community leader born and raised in the Glenville neighborhood who loves his city and says radio stations don’t support him and the local rappers and they must be heard. African American male Hip-Hop recording artist Fellon Phelps is from Cleveland, Ohio and since his professional music career started in 2016 he has dropped Snapchat, Lebron James, and King of Ohio PT 1 in 2017, Hollywood, and 36 in 2018, We Not Cool, Whatever, and Gmail in 2019, and already in 2020.

Fellon Phelps released King of Ohio PT 2, Another Dead Opp, Downfall Mixtape, A Party, I Lick It, Ghetto Stallions, Bodies, African American Breed, Green Cross,Got Doe Live, The Legend of F.P, Cop killer, and Dead Homies, on May-19-2020 Malcolm X birthday Last Reigning Kingdom E.P on May 31 2020 which is Fellon Phelps actual birthday and most of these projects came out all within the first 6 months of 2020 alone making his Portfolio strong and its all available on all major music platforms like his latest 4 singles D.G.A.F and I Did It produced by talented beat producer Corleone out of Cleveland Ohio America, and On The West, Amerikkka, and Blow produced by The Thrillz out of London England United Kingdom which makes it a total of 31 different Projects made by Fellon Phelps that is 14 singles and 8 full albums over 62 new songs now he is back stronger than ever January-1-2021 with 3 new singles with that Traditional/Gangster/Drill/Trap Hip-Hop in song Comfortable and Its Your Life, and The Ohio Show both New Age Electronic Dance Music songs as he crosses over to expand his career, and reach more fans in the White, Latino, Asian, Indian, and Black communities worldwide plus unreleased song Hangover coming 1-1-2022.

Around NBA All-Stars weekend in Cleveland Ohio where Fellon Phelps will be performing over 25 times, Fellon released a bonus song for fans in March called the Only Boss Moves the actual name of a record label Keedoe and him own and started together an idea Wild Child recording artist Keedoe created before they linked up. Phelps writes his own song lyrics and has bought exclusive rights to every beat he has ever recorded on. Fellon Phelps has proved he is the most consistent hardest working songwriter and performer of all time and we don’t see any competition for him he is the new savior of Rap music something the culture desperately needed and when asked he stated it’s about telling his story. 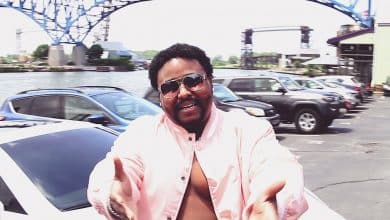