Dallas rap star and self-proclaimed “Flow Queen” Erica Banks releases her new single, the bold and sticky “Slim Waist,” on Warner Records. Dropping alongside a twerkalicious video, “Slim Waist” finds Banks leaning further into her sensual side, which she’s been exploring since her viral, breakthrough anthem “Buss It.”

Over luring bass and a fully immersive trap soundscape, Banks emphasizes that she’s in love with every part of herself — and invites us to adore her, too. Throughout “Slim Waist,” she flaunts her seduction skills, describing her desires and expectations in an authoritative voice. “Ride good, do it slow,” the rapper spits. “What them hunnids fo’?”

In the video, Banks’ best moves are on full display. Watch “Slim Waist” above.

“Slim Waist” continues Banks’ streak of and knack for bonafide bangers. She’s been working for years and writing since she was a kid, scoring her breakout single “Buss It”- which is built on a clever sample of Nelly’s hit “Hot in Herre”- in 2020. Powered in part by the #BussItChallenge, a TikTok dance trend that received over 3 billion views, the song went viral. Since then, it has racked up more than 227 million streams and hit the Top 40 on the Billboard Hot 100.

Last year Erica earned two American Music Award nominations for ‘Favorite Female Hip Hop Artist’ and ‘Best Trending Song’ for “Buss It.” With a commanding delivery and nimble flow, it’s no surprise she received praise from Rolling Stone, Complex, and more for her freestyle at the 2021 BET Hip-Hop Awards, and she was featured in Billboard as a “Hip-Hop Artist to Watch in 2021.” With the release of “Slim Waist” and her forthcoming project dropping soon, Banks is leveling up like never before in 2022.

ABOUT ERICA BANKS:
“Buss It” just proved to the world what Texas already knew: Erica Banks is a real rap spitter who knows an undeniable bop when she makes one. “I have a good ear for music,” says the MC. “I know what’s best for me.” She also knows what’s best for cars and clubs: a relentless flow made sticky by her Dallas drawl, glued to an explosive mix of big bass and eerie melody. You could say she’s been perfecting her style over three years of hotly tipped freestyles and mixtapes—Art of the Hustle, Pressure, and Cocky on Purpose represent 2019 alone—but Banks came out swinging from the start. And now that “Buss It” is climbing the Billboard Hot 100, she has the clout to underwrite her savage disses and tales of lust and luxury. That standout anthem from her booming self-titled 2020 mixtape took on a life of its own in 2021, soundtracking over 3 million dance challenge videos in less than a month, and earning tacit cosigns from the likes of Nicki Minaj, Monica, Rico Nasty, and Tracee Ellis Ross. Banks calls the whole thing “outrageous,” but she’s been working toward this moment since she fell in love with poetry as a child. Banks released her debut single “Talk My Shit” in 2018, and her momentum has been growing ever since. And now that Erica’s aligned with both 1501 Certified and Warner Records the turn-up is real. “I make turn-up music, so that’s what we’re going to do,” says Banks. “We’re going to continue to push it. What’s better than that?” 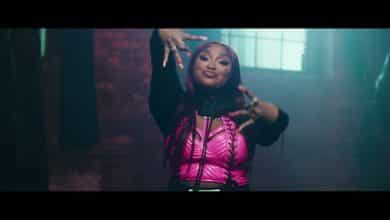 Erica Banks – On They Neck 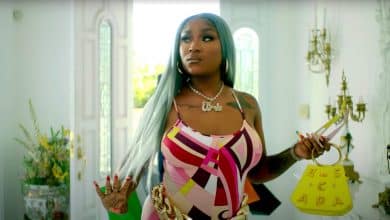