“From confident taunts to an enviable rhyme cadence, she has made it clear that her craft will always come first.” – ESSENCE

“The Chicagoan drill scene survivor is hands-down the best female rapper of the modern wave.” – UPROXX

“Dreezy makes her official return..delivering some of her hardest lyrics to date” – REVOLT

“Dreezy is making a name for herself as one of the most revered voices of this generation and beyond.” – BLAVITY

“When you listen to this, I want you to hear one producer and a female kill a whole project together,” Dreezy says. “Hit-Boy pushed me out of my comfort zone. I was thinking about songs differently. When I laid it down, I saw his vision and trusted him. I don’t know the last time this has been done. There aren’t any top producers who are co-signing females like this right now. We are making history for real.”
Last week, Dreezy released the empowering anthem “Balance My Lows” feat. Coi Leray. She put fans on notice when she released the hard-hitting track “They Not Ready” and accompanying music video, which has amassed over 1 million views (watch HERE).

Full tracklisting for HITGIRL below:

About Dreezy:
Dreezy projects confidence loud and clear in her music. In fact, it’s impossible to miss. Without apology or regard, the multi-platinum Chicago-born rapper exudes charisma as she spits with razor sharp precision, tight tenacity, and poetic intimacy. She asserts herself as a formidable presence with an impeccable reputation earned through her tireless grind, a competitive level of commitment to her craft, and flows as cold as the Windy City in the dead of winter. Following a series of buzzing mixtapes, she set the industry on fire with Schizo in 2014 and a now infamous remix of “Chiraq” originally by Nicki Minaj and Lil Herb. The latter caught the attention of Chicago icon Common who recruited her for “Hustle Harder” [feat. Dreezy & Snoh Aalegra] on Nobody’s Smiling. On its heels in 2016, Dreezy’s full-length debut, No Hard Feelings, yielded the platinum-certified “Body” [feat. Jeremih] and gold-certified “Close To You” [feat. T-Pain]. 2019 saw her maintain this momentum on Big Dreez. Inciting the applause of UPROXX, HipHopDX, and more, Pitchfork hailed it as “an evolution in Dreezy’s songcraft” and attested, “The writing is tighter, the verses tauter, the hooks snappier.” She also ignited Dreamville’s gold-certified “Got Me” [feat. Ari Lennox, Omen, Ty Dolla $ign, & Dreezy]. Not to mention, she made her acting debut in NETFLIX’s Beats co-starring Anthony Anderson. Racking up over half-a-billion streams, she comes out swinging on her 2022 opus HITGIRL exclusively produced by legendary producer Hit-Boy [Kanye West, JAY-Z, Drake, Beyoncé] and introduced by “They Not Ready.” 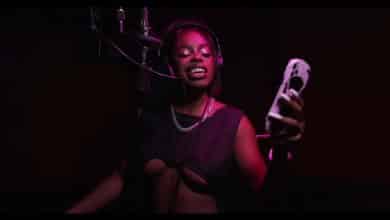 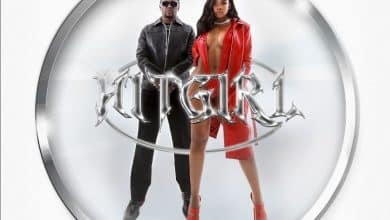