Grammy-nominated performing artist CyHi (formerly CyHi The Prynce) released his new single “Tears” featuring fellow Atlanta r&b singer-songwriter Jacquees, via his new venture E.G.O.T Records / EMPIRE. On the new track, Cyhi raps about loss in various forms, whether it be of loved ones or the losses taken as he’s navigated his career over the years. “We all got partners who will slide if we lift a finger. But why we still gotta be street to show the money didn’t change us,” Cyhi delivers the poignant line on his second verse, true to his signature slick lyricism and top-tier wordplay, while Jacquees’ croons over the hook giving the track his signature touch.“Tears” ft. Jacquees is available everywhere now.

“I feel like Atlanta needs some healing right now,” Cyhi explains, on why he decided to release the emotive new single today. “Tears” is the lead single for Cyhi’s upcoming project, The Story Of E.G.O.T, out later this summer. In anticipation for the new album, Cyhi is releasing a 4-pack of songs titled, E.G.O.T.: The EP, next Friday, May 20th. A gift to his fans for the nearly 4-year wait. Last week, CyHi announced his new label venture, E.G.O.T Records, and partnership with EMPIRE last week on Instagram.

The forthcoming body of work is CyHi’s sonic interpretation of an E.G.O.T award – the pinnacle of honorary achievement as an entertainer. CyHi intends to put his creativity on full display with his sophomore offering. “I’m way more diverse than just a writer and rapper,” Cyhi says while speaking on the new album. “I wanted to be able to fully spread my wings and showcase all my talents in one project. I believe this project is E.G.O.T worthy. Its creativity, emotion and star-studded lineup is unmatched.” With the release of his new project, CyHi intends to step out from the writing room to embrace his true form as a multidimensional performer and entertainer.

ABOUT CYHI:
Regarded as one of the most gifted lyricists in hip-hop, Atlanta musician / artist CyHi has spent more than a decade working behind-the-scenes of some of music’s most prolific albums and tracks. His independently released Royal Flush mixtape in 2010 caught the ear of Kanye, who was so impressed that he invited CyHi to contribute to what would be his platinum-selling album, My Beautiful Dark Twisted Fantasy, appearing on “So Appalled” alongside Jay-Z, Swizz Beatz, Pusha T and RZA.

After signing with Kanye’s GOOD Music in 2010, CyHi released nine mixtapes, including the critically acclaimed Black Hystori Project and Black Hystori Project 2: NAACP, with collaborations spanning from Childish Gambino, Bobby Valentino, B.o.B., Travis Porter, 2 Chainz and Yelawolf. CyHi also had a substantial part in the creation of Kanye’s Yeezus, with writing credits on all but one of the album’s songs, and appeared on the 2012 GOOD Music compilation album Cruel Summer, featuring on “This Morning” with Raekwon, Common, Pusha T, 2 Chainz, Kid Cudi and D’banj, and “Sin City” alongside John Legend, Teyana Taylor, Malik Yusef and Travis Scott.

To date, CyHi has been nominated for a Grammy for five of the past six years, including Kanye West’s “New Slaves” and “Ultralight Beam,” as well as Travis Scott and Drake’s multi-platinum hit, “Sicko Mode.” CyHi has garnered acclaim from the likes of Pitchfork, Complex and XXL, who featured him on their coveted Freshman cover in 2011. 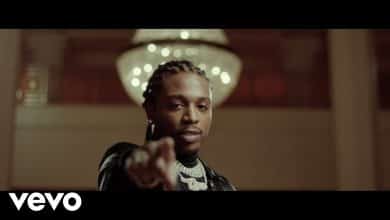