With their debut LP “Breakfast in Phantasia” set to drop later this year, international art-rap collective Clouds in a Headlock debut their first ever single, “THE CLOUDS.”

Recorded on an off-grid farm, the group’s three emcees, Èph, Doctor Outer, and Lovecraft paint their vivid, psychedelic universe over a rugged yet ethereal soundscape produced by Runway 45 with additional sonic sprinkles and skits edited by The Ghost In The Machine.

“THE CLOUDS” is out now courtesy of CMR in partnership with Fat Beats.

Check out the video above and stream the song below.

About Clouds in a Headlock:
Psychedelic hip hop supergroup and flagship artists of the ŌFFKILTR circle, Clouds in a Headlock exit in a parallel dimension. In the regular world they are school teachers, ramen chefs, or goat farmers. In Phantiasia, they can exist without labels or barriers as fractals of light or sword-swinging assassins. Phantasia has no boundaries.

Lyrically the Clouds are somewhere between early Souls of Mischief, Company Flow, and the poetry of Arthur Rimbaud. The sonic backdrops are like a meeting of Azymuth & Alchemist in a smoked out 60s jazz club.

Rhymes: GT Lovecraft, Doctor Outer, Èph
Production: Runway 45 consisting of RHINO and Daylight Robbery! on beats and The Ghost in the Machine on effects and sonic sprinkles 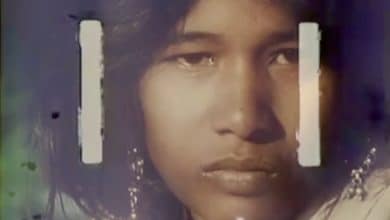 Clouds in a Headlock – Rigmarole