Celebrated hip hop artist, songwriter and producer Classified has always marched to the beat of his own drum – building his own path, while consistently raising the bar. Today, Classified (aka Luke Boyd) shares the first song and video release from his forthcoming hip hop acoustic album RETROSPECTED due out later this spring. Never one to be averse to melody, Classified brings contrast and juxtaposition to some of his most recognized hits on RETROSPECTED, beginning with “All About You” ft. Breagh Isabel and Brett Matthews via Half Life/Universal Music Canada.

About the song, Classified shares, “‘All About You’ is the first song that I released, where I noticed people really felt a personal connection to the lyrics. The number of messages I’ve received over the years mentioning that this song has helped them through a tough situation really made me realize how powerful music can be. This is a special song for myself and my fans, and I’m proud to have this as the first release from my new project which you’ll hear more about soon.”

Earlier this year, the award-winning rapper and now author, shared his candid autobiography Off The Beat ‘N Path via MacIntyre Purcell Publishing Inc. which went to #1 in Pop Music, and #1 in Pop Culture on Amazon and remained there for several weeks. Chronicling his rise from a middle-class family in rural Nova Scotia to become one of the most influential and authentic voices of hip hop music and one of the premier rap artists of his generation, Classified defies the industry expectation that you must live in Los Angeles, New York City or Toronto to make it as a rap artist, and he does it his way – Off The Beat ‘N Path.

Evoking a deep sense of hard work, honesty, connection, and compassion, Off The Beat ‘N Path gives readers and fans an uncensored look at the life of Luke Boyd (aka Classified) – a window into his remarkable intellect and prodigious dedication as he forges a path towards turning his biggest dreams into a reality against all odds.

About Classified:
With an inherent and candid ability to break down the barrier between performer and audience while “leading the vanguard of East Coast hip hop” (Chronicle Herald), Classified is one of Canada’s most respected and successful rap artists, producers and songwriters. To date he has released 18 studio albums and joined forces with some of the world’s most prominent hip hop artists including Snoop Dogg, Raekwon, Royce 5’9, DJ Premier, Joe Budden, Brother Ali, Maestro Fresh Wes and many more. His self-titled 2013 release debuted at No. 1 on the Canadian Nielsen Soundscan Chart, has sold over 1 million singles and is certified 2x Platinum.  Additionally, the album boasts two Top 10 singles including the 5x Platinum “Inner Ninja” featuring David Myles and the Platinum certified “3 Foot Tall.”  As one of the most influential hip hop artists in Canada with over 200 million streams globally, the multiple JUNO Award winner hosted the 2014 JUNO Awards and has a combined 24 nominations and 8 wins between the MuchMusic Video Awards, JUNO Awards, and East Coast Music Awards. In November of 2019, Classified teamed up with hip hop legend Choclair for the collaborative track and video – “Hurt Everybody” which celebrated their collective success in the world of Canadian hip hop for more than 20 years. In 2022, Classified will offer fans a stripped down, acoustic take on some of his biggest and most celebrated hits over the past 20 years. 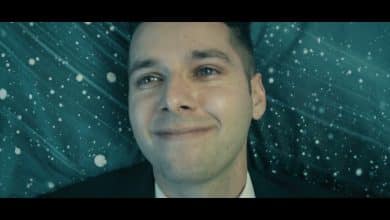