The Canadian artist produced and wrote “My City” originally to just be about Toronto, but when creating the beat he felt inspired to invite other artists to represent their cities: “I sent the word out to a few artists whose music I enjoyed listening to, and received a lot of positive responses. I was honoured to hear that some of my favourite artists approved to work with me. It was an interesting process
to create a song with members all around the world, but it was very efficient as everyone was a pro. I was also happy that everyone was available to be in the music video, which has gone viral.
Each artist represented their respective cities to the fullest, and brought the listeners to their hometown through the descriptive lyrics. Everyone’s tone of voice really matched the energy of the horns and drums, and it ended up being a perfect collaboration.”

Azeem is consistently in the studio creating new music, so stay tuned for more.

For now, check out the “My City” video above.

About Azeem Haq:
Azeem Haq is a Producer/Recording Artist from Toronto, Ontario. He is the youngest child of his migrated Pakistani parents, his talents and career aspirations stemming from many generations of musical exploration and expression throughout his family.

At birth, Azeem was diagnosed with a spinal condition and has had over a dozen surgeries throughout his adolescence. He is an advocate for people with disabilities and seeks to empower individuals like himself through his music. Proceeds generated from Azeem’s first album ‘The Great one’ are donated to SickKids Foundation- the hospital where he received medical care.

Azeem began making music at 13, starting with songwriting and quickly moving to audio production. Composing beats is second nature to him, and it wasn’t long before he gained commercial success with several songs on the radio. He learned about the industry through grass-roots marketing and found other opportunities to expand his talents in other mediums like acting and broadcasting.

Today, Azeem is an award-winning audio producer and songwriter, gaining local notoriety for the anthems he created for Toronto’s most beloved teams – the Toronto Raptors and the Toronto Maple Leafs. His song “Go Leafs” went viral just before the 2017 NHL Playoffs began and has garnered media attention from notable outlets including CBS Sports, City TV News, CBC, and more. 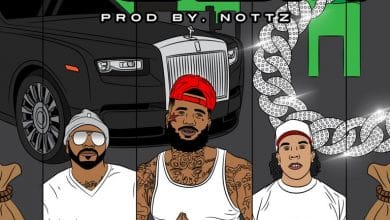