Chicago native Aceron formerly known as Young Ace lets his music speak for itself. Aceron has moved over 500,000 units from several mix tapes worldwide. He has also performed with Kanye West, Rick Ross, and T.I. to name a few. At the age of 19 Aceron realized he had a gift in the midst of his grimy hard upbringing he was doubted by many and praised by few. Through the early part of his life he performed at train stations, high school talent shows, open mics and even school homecomings. Through his animal-like drive he was introduced to Kanye West by his cousin Prince Lon Don. It was there where he matured his smooth flow and ugly word play after developing his craft. Aceron delivered his first hit single “Juke N Pimp” which gained regular rotation at Chicago’s premier radio station Power 92.3. His new hit single “Gangsta” has gained the attention of the masses. Aceron’s solid musical foundation birthed a powerhouse. He is a creative machine with an increasingly growing fan base. Aceron is well on his way to becoming the heart of the new hip-hop generation. Being the CEO of his company “Young and Brave Music Group” He released Albums “Value One”, and “Value Two” and “Value Three” Aceron is now preparing for the release of his new untitled album featuring his hit single “Gangsta”. The album is set to be released the summer of 2022 with release date undecided. 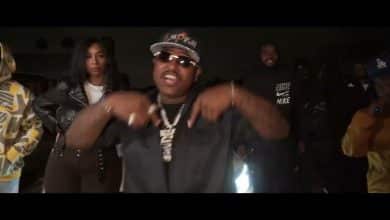