On the track, bass booms as the percussion skitters in between airy vocal samples. Meanwhile, 1nonly tears through this distorted barrage with a deft flow before he flexes like the Mortal Kombat hero on the hook. It arrives on the heels of “COME THRU” [feat. Shady Moon & Ciscaux]. The latter has reeled in 4.3 million Spotify streams and counting in addition to nearly a million YouTube views on the music video.

Meanwhile, he ignited a breakthrough with “ZOOM.” Thus far, it has generated 9.8 million streams and 1.7 million YouTube views. Receiving critical acclaim, Lyrical Lemonade asserted, “he just assaults the beat, peppering the microphone with constant lines that are as catchy as it gets before slowing things up halfway through, providing some complexity to this offering.”

1nonly show’s no signs of stopping or slowing down though. There is a whole lot more to come as the half-Korean 17-year-old 1nonly has attracted 427.3K TikTok followers, nearing 5 million monthly listeners on Spotify, and over 564K YouTube subscribers, building a rabid audience. With every passing single, he demonstrates his careful ear for beats and his dedication to pushing his raps into unexpected new realms.

ABOUT 1NONLY:
1nonly’s gothic whisper-raps are grim, yet glamorous. Every song, including his new single “Zoom,” is a blur of euphoria and violence, a mosh pit of TikTok generation rap tropes, while the 17-year-old sits at the center, dropping flexes in a deceptively casual cadence. He’s at peace in the chaos. Born Nathan Fuller in 2004 in Las Vegas, NV, 1nonly first dove into alt-metal bands like Linkin Park and Breaking Benjamin, later finding hop-hop as a high schooler through skate culture and the internet. He put out his first music in 2019, recorded on a gaming headset, and immediately found an audience for his hooky, tongue-in-cheek style. As he immersed himself in recording more, he shifted from bedroom pop to rap and began honing his sample-heavy sound. Now signed to Warner Records and represented by Wax Management, 1nonly wants to take his songwriting to the next level, working with SoundCloud rappers who inspired him, like Xavier Wulf and Night Lovell, and tapping even further into the romantic darkness he’s cultivated in his music. He’s one of rap’s true punks, making uniquely gloomy, angsty, and otherworldly songs that just might push the whole genre—multiple genres, even—forward. 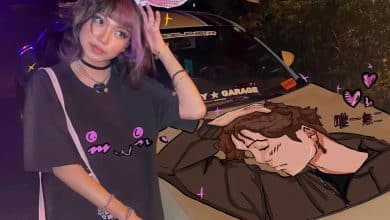 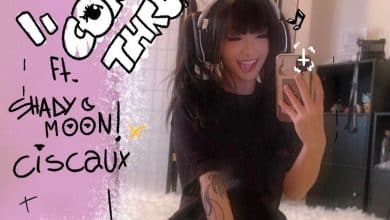